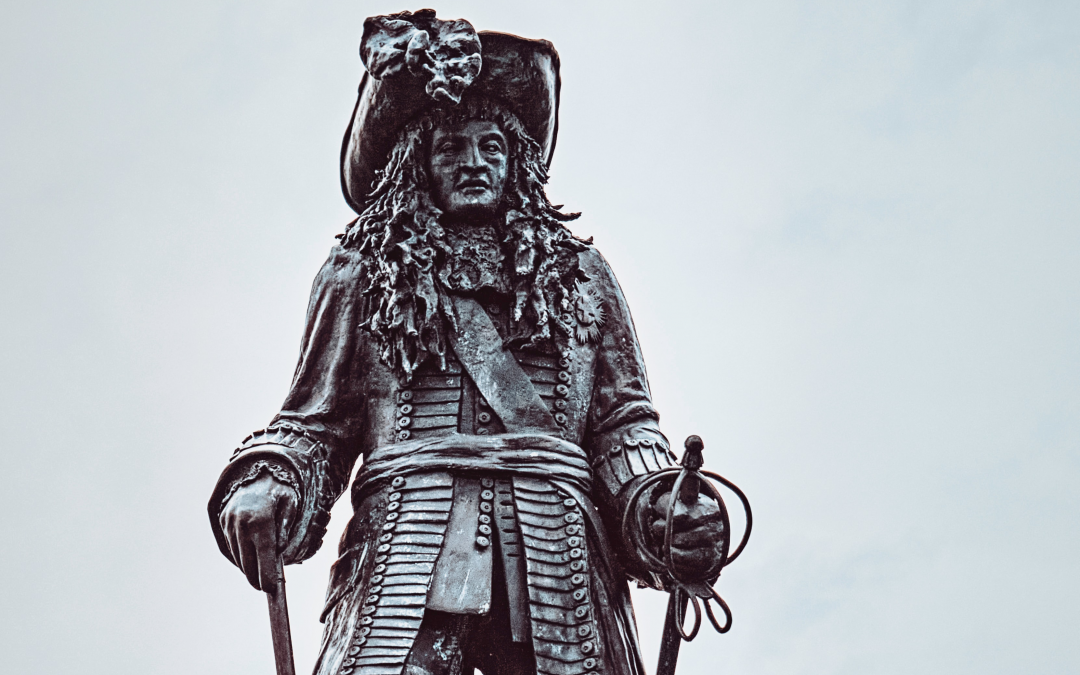 I thought it was about time to highlight the exploits of an early Canadian, about whom we learn a little bit in elementary school, and not much more after that.

Described in the Dictionary of Canadian Biography as an “explorer, coureur de bois, one of the originators of the Hudson’s Bay Company”, Pierre-Esprit Radisson was all that, and much more. It is quite remarkable that someone of such humble origins could have had several audiences with the King of England, much taken with tales of derring-do in the backwoods of North America. One of his financial backers was the Duke of Marlborough, famous for defeating Louis XIV’s forces at Blenheim.

In today’s world, where one can travel great distances with not much effort, it’s only when one reads about travel during the 17th century, for example, that one realizes how fortunate we truly are. In the era in which our subject lived, the only really comfortable means of transportation was over water, by canoe in this case, which one had to master rather quickly, with the expert guidance of indigenous peoples ( it is said that the Pilgrims would not have survived their first winter, were it not for the food provided by the local inhabitants).

What is particularly rewarding about this book is that, while the principal character is ever present, we learn an awful lot about native tribes, in particular the Iroquois, with whom Radisson spent several years, even learning their language. It certainly says a lot about their far from “savage” nature that they captured him not once, but twice, yet he survived to tell the tale!

Another author who has warranted a book review, referred to our rivers as “Canada’s original highway”, an apt description as one follows our explorer from the St Lawrence valley west to Lake Superior and north to Hudson’s Bay, usually in search of the then most coveted object, beaver pelts, for sale in Europe.

This in turn led to countless skirmishes, if not outright wars, between the French and the British, as each tried to establish a more or less permanent presence in Hudson’s Bay. The allegiance of our adventurer to one side or the other seemingly alternated from one year to the next, ultimately ending up with the British, in England, where he spent his twilight years.