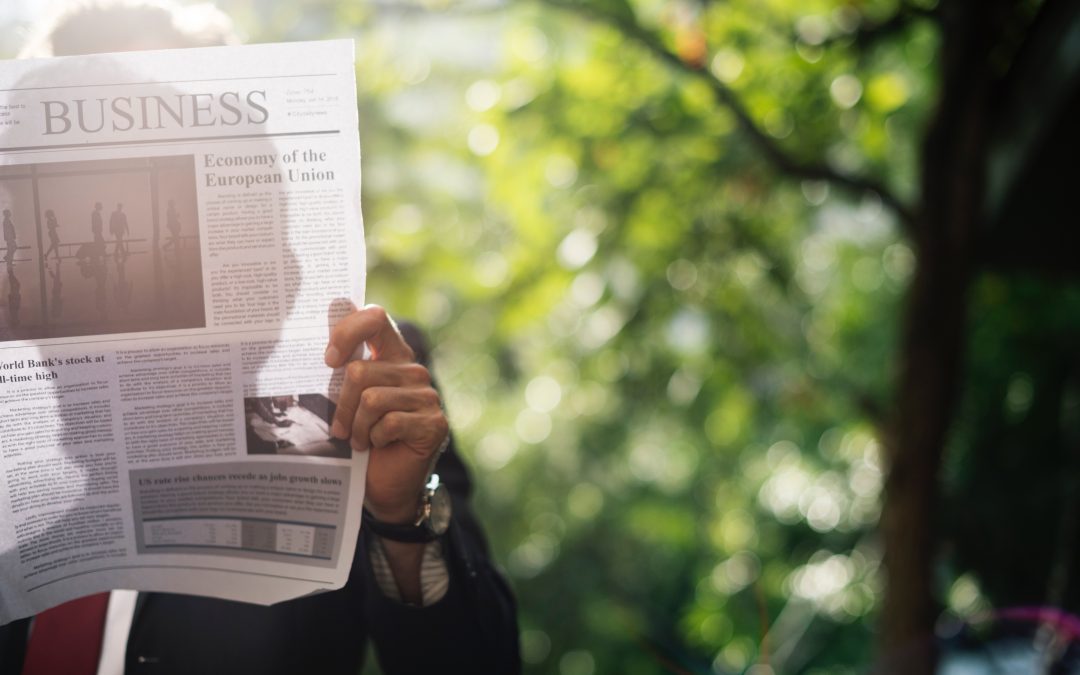 Climbing a Wall of Worry

No question that the third quarter produced all sorts of economic worries and potential risks. Starting with a totally unexpected vote by the U.K to leave the European Union, the precipitous drop in the pound Sterling, concern over economic growth in China, the presidential election in the U.S and the question of potentially rising rates also in the U.S. All of these concerns and more were compressed into the last three months. Well, what happened? Not what you would have expected. Markets rebounded nicely and bonds performed admirably. 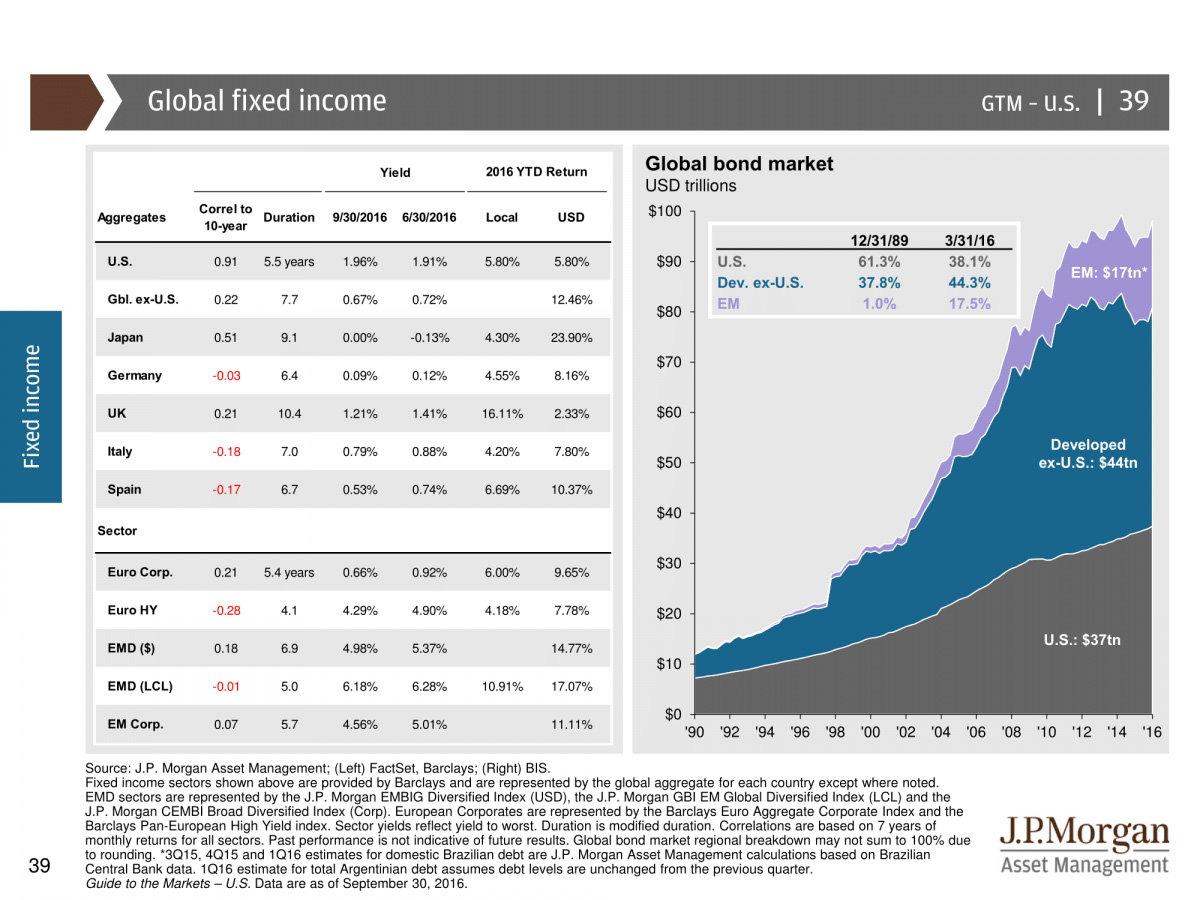 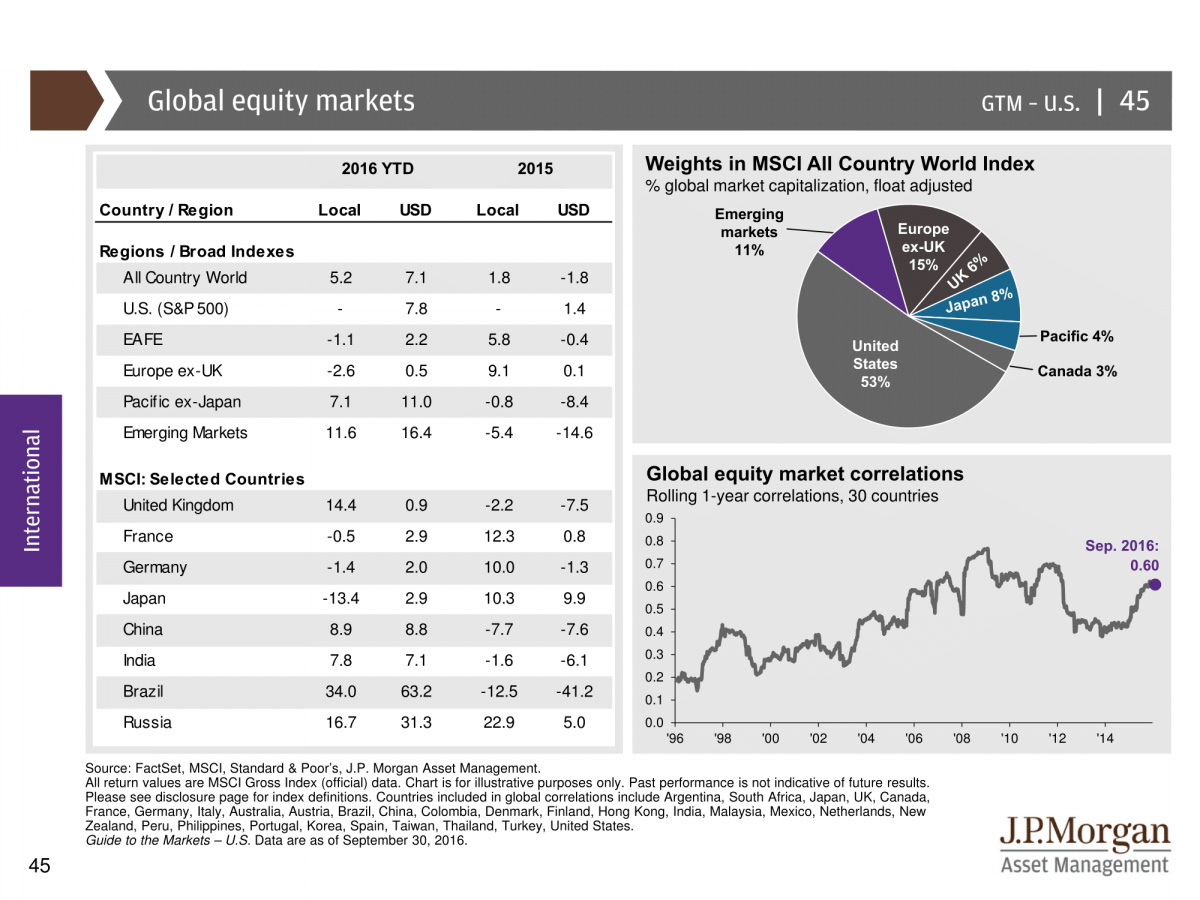 CANADA
The Canadian economy got off to a stronger start in the third quarter, fuelled by a rebound in oil and gas extraction that had been disrupted by wildfires in Alberta earlier this year. Continuing signs of optimism abound across every market in Canada, even with annual growth in the eleventh largest economy barely topping 1%. Stock valuations in the S&P/TSX composite have surged to the highest level in fourteen years, mergers reached a record in the third quarter, and investors are soaking up bonds sold by Canadian provinces and companies. Some of the biggest forces moving markets have worked in Canada’s favour. Low and/or negative interest rates across the globe have pushed bond prices higher while fueling rallies of about 25% in gold and crude. That’s driving resource producers to the best performance among industries in the Canadian market. The S&P/TSX composite is up 16% YTD the second best among the world’s developed markets. Corporate bonds returned 1.8% in the third quarter, and almost 6% YTD, while government bonds have returned 4% so far this year.

USA
The Fed once again made news in July and September with its decision not to raise short term policy rates. Despite the Feds inaction, bond yields increased across most maturities during the last three months. In spite of a lengthy list of challenges – a drop in earnings in U.S companies, high valuations for stocks, concern about rising interest rates – the benchmark S&P index returned 3.9% for the third quarter. Aside from the recovery for the energy sector, as oil prices have risen from their cycle lows in February, this year’s major themes have been investors flight to yield and low volatility, owing to seemingly eternal low interest rates. Tech stocks have led the way this quarter, climbing 13%. Financials also posted strong results, climbing 8%. After delivering very solid returns during the first half of 2016, the dividend- heavy utilities and consumer defensive sectors took a breather in the last quarter.

GLOBAL
In the global financial markets, most of the developments that were in place halfway through the year remain intact. Most notably, developed European markets have continued to struggle with European stocks still in negative territory so far this year. While Japanese stocks have had a tough year for the most part, currency gains have helped off-set that. The Yen has risen sharply against the U.S dollar this year. Finally, while the U.K stock market and currency plunged after that countries late June vote to leave the European union, it’s market soon revived.

EMERGING MARKETS
Meanwhile emerging have been a bright spot for investors led by Brazil and Russia, helped by rising commodity prices. After enduring three straight years of losses driven largely by struggles in local currency debt, emerging market bonds have been big winners so far in 2016.

FOURTH QUARTER OUTLOOK
The risks are a potential hike by the FED and the upcoming presidential election. The dominant themes so far this year that we expect to continue: a low return environment and an accommodative monetary policy. Both of these themes would lead the way to asset price increases and continued volatility as a result of post-Brexit repercussions.

We expect infrastructure investments to be on the rise – as conventional monetary policy no longer can do the job on its own. Going forward we expect a combination of monetary policy, fiscal expansion and private sector incentives to boost infrastructure investments. Hopefully, this combination would stimulate growth, create jobs and raise productivity.