The Life and Death of the War Correspondent Marie Colvin - Holdun

The Life and Death of the War Correspondent Marie Colvin 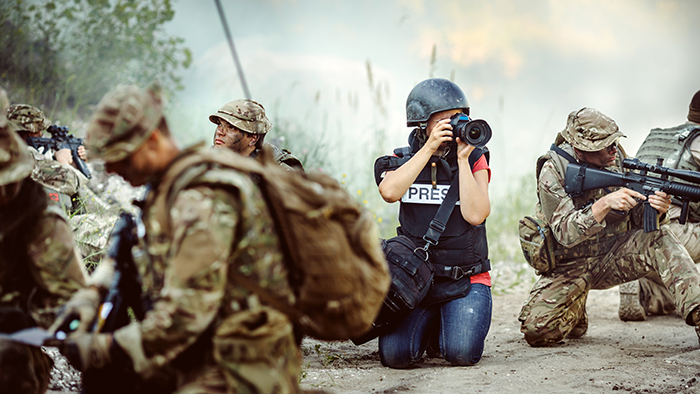 It is totally coincidental that I will have devoted two of the last three book reviews to a couple of remarkable women.

This quarter’s subject is truly remarkable, indeed almost larger than life. The only normal part of her life seems to have been her upbringing on Long Island, although her father’s death at fifty of cancer, may have had an effect on her for the rest of her life.

What is it that inspires someone to become a war correspondent? The adventure? The risk?

Who knows, but it is obviously something that, I suspect, none of us possesses or desires.

It may be true, as Steven Pinker has argued, that the world is, broadly speaking, experiencing less violence than in the past. But the number of localized firefights seems to be increasing by the day, rendering the work of a war correspondent particularly fraught.

What is equally interesting is that there would appear to be just as many female as male correspondents, some even famous. Martha Gellhorn, who happened to be married to Hemingway at one point, represents everything that our subject aspires to, indeed views Gellhorn as her heroine.

The question one has to ask oneself is: was it inevitable that Marie Colvin would be killed? And I guess the short answer to that would be: the inevitability was heightened each and every time she took on a fresh assignment, just as the odds she would return alive were diminished.

Colvin nevertheless remained undaunted by the stark reality of which she was very much aware, having borne witness to deaths of several of her colleagues. For she felt she had an obligation to inform and educate her listeners and readers, as to what was going on in these hellholes where people simply wanted to get on with their lives, but were unable to do so, through no fault of their own.

Hilsum, In Extremis: The Life and Death of the War Correspondent Marie Colvin, Farrar, Straus and Giroux