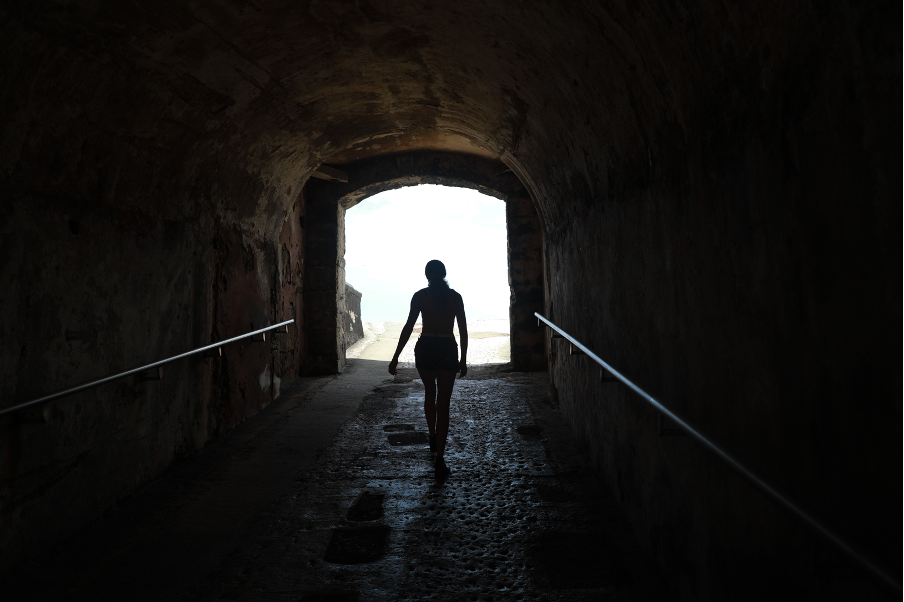 On Wednesday, the U.S. Federal Reserve continued its efforts to temper inflation. As per expectations, the FED enacted a 0.75% rate hike taking the benchmark rate to a range of 2.25% to 2.50%.

Current market predictions suggest a 50bp hike in September with a 30% chance of a 75bp move. Rates are expected to be 3.30% at the end of the year before easing in the middle of 2023.

Bear in mind, the beauty of these projections is that they are subject to considerable change.

The markets rallied on Wednesday afternoon in response to the lack of rate hike surprise and comments from Jerome Powell hinting that interest rate hikes would slow down.

Over the month, Solid earnings reports from ‘big tech’, namely Apple and Amazon, fueled a late rally, helping the S&P 500 experience its best month since November 2020, up 9.1%.

Are We in a Recession?

Two straight quarters of negative growth has long been one of the major indicators of a recession.

As such, this week’s quarterly U.S. GDP figures showing a contraction of 0.9% in Q2, following the 1.6% pullback in Q1, has added fuel to the largely redundant “are we, aren’t we” debate.

The debate on whether we are in the midst of a recession will rumble on. One thing that isn’t up for debate is the clear softening in the macro data.

This softening macro environment mixed with elevated inflation will undoubtedly weigh on earnings expectations as we move forward. 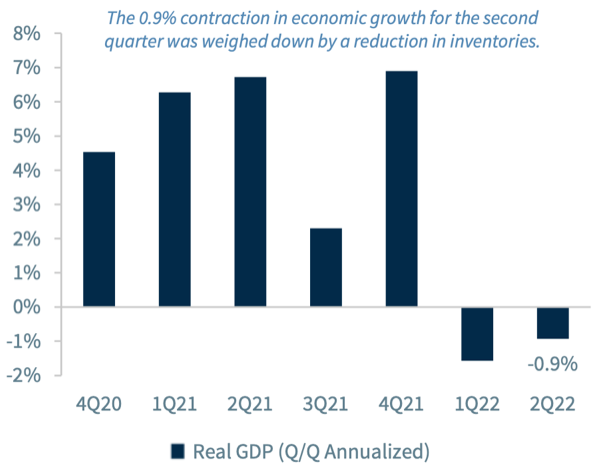 Second-quarter U.S. earnings results have broadly been stronger than expected. Of the 279 S&P 500 companies that have reported earnings so far, 77.8% have exceeded expectations. Earnings for S&P 500 companies now are expected to have increased 7.1% in the quarter versus an estimated 5.6% at the start of July.

Microsoft rose 6.7% after earnings, fueled by its forecast of double-digit revenue growth this fiscal year on demand for cloud computing services.

Alphabet jumped 7.7% a day after it reported better-than-expected sales of Google search ads, easing worries about a slowing ad market.

Apple shares gained 3.3% on Friday after the company reported that chip shortages were easing and demand for iPhones remains consistent.

Amazon shot up 10.4% after it projected a third-quarter revenue surge fuelled by Prime loyalty subscriptions.

The Not So Good

Facebook and Instagram’s parent company Meta Platforms fell after it posted its first-ever quarterly drop in revenue. Meta’s sales were down 1%, while adjusted earnings fell by 32% year-over-year.

Shares of health-tech firm Teladoc fell by 17.7% on Thursday as it continues to bleed out following its mistimed acquisition of livongo. With Teledoc’s market cap now at roughly $7 Billion (88% below all-time highs), the $18.5 billion dollar acquisition of livingo becomes even more unmanageable.

Nearly a quarter of Roku’s market value evaporated on Friday. The Streaming giant fell 23.1% following reports that it was bracing for a major downturn in the advertising market.

Intel Corp shares fell 8.6% after the company cut annual sales and profit forecasts and missed second-quarter estimates. Hardly surprising in a market ailing from the effects of unprecedented chip shortages.

Shares of Shopify fell 14% on Tuesday following the release of a memo from CEO Tobias Lutke outlining plans to let 1,000 employees go. This latest decline adds insult to injury for the Canadian tech giant leaving the stock down 80% from its highs.

Shopify rallied as the week drew to a close, helping to recoup some losses but adding to its overall volatility.

As the old saying goes, what goes up with psychotic exuberance, must come down with similar levels of mind-blowing destruction…. or something like that.

The major energy giants reported earnings this week, and they were nothing short of staggering.

Exxon brought in $17.9 Million in income in Q2—more than triple the amount from last year and an all-time record. Unsurprisingly, they jumped 4.6% following the report.

Chevron also jumped after its earnings report, rising 8.9% off the back of record profits of its own for the quarter.

An impressive turnaround for an industry that was having its obituary’s read as oil futures turned negative in April 2020.

Investors may be ruing missed opportunities following the best month since 2020, but as history indicates, this joy may be short-lived.

Based on the average monthly returns for the S&P 500 since 1950, September is the worst month for stocks, followed by August….

Whether this is a rally within a bear market or the start of a new bull market remains to be seen, but one crucial paradox remains. Investors want rates to fall so stocks can rise, but any fall in rates is unlikely if stocks rally, somewhat capping the upside.

As always, we encourage a long-term focus. Investors will be better served focusing on the bull market opportunity on the other side rather than overemphasizing what may be left in the bear market.