Focus on the Earnings, Not The Noise - Holdun

Focus on the Earnings, Not The Noise 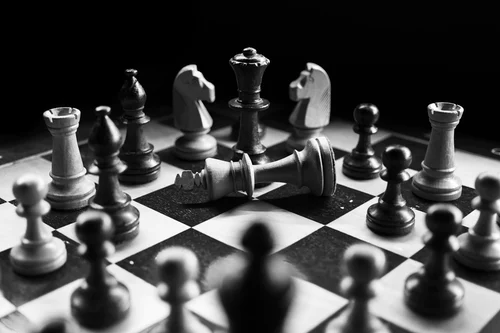 In addition to the feds ability to fight inflation, the prospect of war has been added to the mix.

This uncertainty has led to some dramatic price fluctuations as stocks violently whipsaw.

Earnings season bringing some added volatility is nothing new. However, the sheer magnitude of the current moves in stock prices is far from ordinary.

We have seen mega-cap names trade like penny stocks, as the apparent lack of euphoric outlook continues to bring the valuations of many of these names firmly into focus.

It appears that valuations actually do matter, and growth at any price isn’t a flawless investing strategy. Who would have thought?

It’s Not All Bad News!

For several high growth names, if the forward outlook is anything short of monumental, their stock price is destined to be cut in half, or so it seems.

The fundamental of these businesses may not have materially changed, but the endless growth narrative that pushed many of these names to record valuations is being re-examined.

For example, Netflix’s reported actual earnings per share (EPS) of $1.33 for Q4, which was well above the mean EPS estimate of $0.83.

Not too shabby, right?

The market doesn’t care about what has happened nearly as much as it cares about what will happen.

From January 18 to January 24, the stock price for Netflix fell 24.2% based on disappointing forward guidance.

Despite having five times higher net income, double the revenue and over 100 million extra subscribers, Netflix is now trading below its June 2018 price as its growth outlook is adjusted downwards.

Over this period, Netflix has been a classic case of good company, bad stock.

In 2018, too much of the growth story had already been baked into the price, leaving little room for an upside surprise. So, despite the success of the company over this period, the stock has grossly underperformed the broader market.

In short, the huge expectation placed on these high growth names following the onset of the pandemic was simply unsustainable. The market is now re-rating these stocks to account for the more realistic growth outlook.

So why is everything in the red?

As mentioned, the market is a forward-looking machine, and while these numbers are solid, they don’t match the astronomical numbers set during the pandemic.

The S&P 500 reported earnings growth of more than 30% for the last four quarters. These are exceptional numbers that simply could not persist within a normalized market.

Looking at the positives. Stock prices have fallen while earnings estimates have increased over recent months.

Many of the growth names that have seen considerable declines have now been re-rated towards more respectable metrics without significant disruption to the broader market.

Facebook, Netflix, Shopify, PayPal, Zoom and Square have lost more than $1.1 trillion in market cap from their peaks seen in 2021.

These names have cratered while the broader market drawdown remained muted by comparison.

Yes, it has been particularly painful if you’re holding these individual names ( I hold 2…unfortunately ), but the S&P has managed to eliminate much of the excess without entering correction territory.

This concentrated valuation correction across many of these high profile names now leaves the market in a much healthier position from a valuation standpoint.

For example, the forward 12-month P/E ratio for the S&P 500 is currently 19.2. This is below the 19.5 times forward earnings recorded prior to the pandemic.

While geopolitical events may weigh on markets over the immediate term, recent pull backs have helped to strip the pandemic exuberance out of the market.

These lower valuation metrics as earnings continue to rise offer a more attractive entry point for buyers waiting on the sidelines.

Focus on the earnings, not the noise. Earnings ultimately drive market returns.