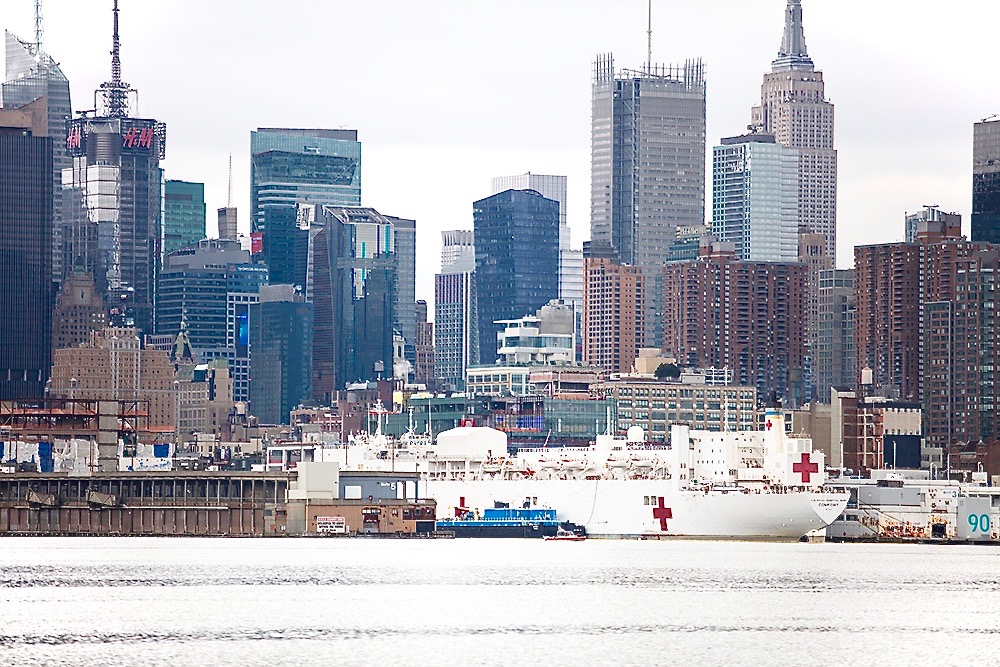 In March, social distancing protocols implemented in a bid to contain the spread of CoVID-19 brought global economic activity to a virtual standstill. As a result, the longest ever bull run in history ended abruptly as stocks plummeted more than 20% from their February highs, entering bear market territory. Markets curbed their losses somewhat towards the end of the month as Central Banks and Governments announced unprecedented Monetary and Fiscal stimulus to help combat the crisis with the S&P 500 finishing the month down 12.4%. Treasury yields continued to fall as investors clamored for their relative safety.

March 2020 is likely to live long in the memory for many investors, but for all the wrong reasons. The economic strain as a result of the relentless spread of CoVID-19 saw equity markets fall 34% from all-time highs to bear market territory in just 23 days, the fastest decline of that magnitude on record. The speed and severity of the collapse resulted in widespread losses across all risk assets.

In the U.S., now the epicenter of the pandemic, the economic impact became all too obvious. Initial Jobless claims figures jumped to nearly 10 Million in just two weeks, with unemployment benefit claims jumping by 6.7 million in the final week alone, ten times higher than any pre-pandemic point in history. The Federal Reserve announced two emergency rate cuts, bringing the federal funds rate close to zero and announced unlimited Quantitative Easing in the form of both Government and Corporate Bond purchasing schemes. An unprecedented $2 trillion stimulus package was also unveiled by the Senate to help shore up aggregate demand and support distressed households and businesses through a combination of direct payments and loans.

Like in the US, the global response to the crisis was swift and substantial as Central Banks and Governments around the world rolled out large-scale Fiscal and Monetary support to help combat the virus. While risk assets around the world recorded substantial losses in March, these vital interventions helped to staunch the economic wound, providing some respite to ailing investors, helping equity markets reclaim some of their recent losses towards the tail-end of the month.

In China, measures to contain the spread of the virus were deemed a success as the number of active cases peaked and subsequently fell sharply in March allowing economic activity to resume, albeit slowly. Chinese Equities finished the month in negative territory but outperformed the broader global economy.

Broadly speaking Treasuries continued to play their role as the safe-haven asset of choice. The risk-off market sentiment remained anchored, driving the US 10-year Treasury yield to record lows, finishing the month at 0.63% down from 1.15% in February. However, it wasn’t all smooth sailing for Treasury holders, there were notable periods of volatility as investors weighed-up the positive effects of Central Banks’ support against an expected surge in borrowing as a result of the extensive fiscal stimulus. Treasuries and stocks declined in tandem for periods in March as investors grappled with this potential longer-term disruption to the Treasury supply-demand function. Both Investment Grade and High Yield Bonds underperformed their Government counterpart as a result of the suppressed risk-appetite with credit spread widening to their highest point since the Global Financial Crisis.

Healthcare: While every sector was in the red over the month, Healthcare suffered the least dramatic decline, driven by demand for medical supplies to help combat the virus and the ongoing race to find a vaccine, ending the month down 3.8%.

Energy: A dismal run of form for the sector was compounded this month as crude oil recorded its worst month and quarter in history. A sharp contraction in demand as a result of global economic inactivity saw demand for oil drop by 26 million barrels a day compared to pre-pandemic levels. This, combined with the emergence of a price war between OPEC and Russia following Russia’s refusal to support OPEC’s proposal to cut crude oil output saw oil prices plummet a staggering 54.4% in March pushing the Energy sector down 34.8%.

Unfortunately, it isn’t clear the worst is over on the pandemic front. Global economies look set to maintain their mannequin-like state over the shorter-term as the virus peaks across Europe and the U.S. This continued contraction will bring unprecedented U.S. unemployment figures, shrinking GDP, and a sizable hit to company earnings. With considerable downside potential still to be realized, recent equity market lows could be retested as the negative economic data continues to mount.

However, there are some reasons for optimism. Efficient and aggressive Monetary and Fiscal support have been well received by market participants and look set to curb the ultimate severity of the downturn. The Federal Reserve announced ‘unlimited’ support to ensure markets continued to function smoothly while the Senate has already begun talks for a ‘Phase four’ fiscal plan. Declining rates of infection in mainland Europe offer a glimmer of hope to some of the hardest-hit regions, suggesting that containment efforts have been successful. A long road ahead for all, but a light at the end of the tunnel for those who have the foresight to see it.

For now, markets will continue to reflect the fear of the unknown until a more substantial timeline for the virus can be established. Until then, please, stay safe, stay home and stay healthy.