Nobody’s Coming to Save You - Holdun

Nobody’s Coming to Save You 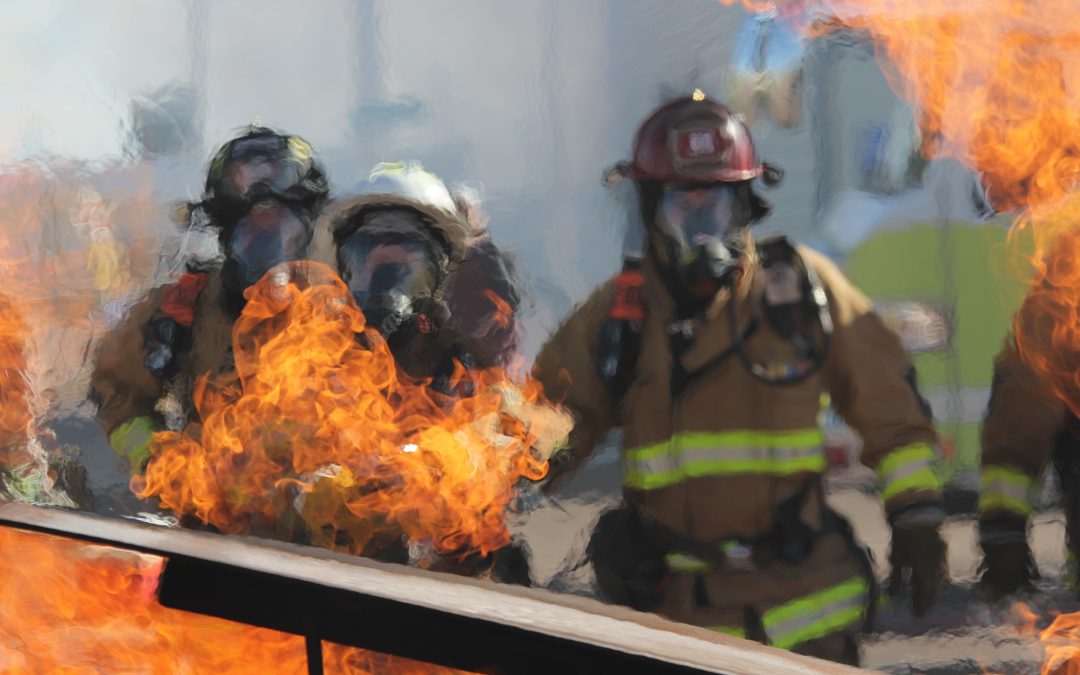 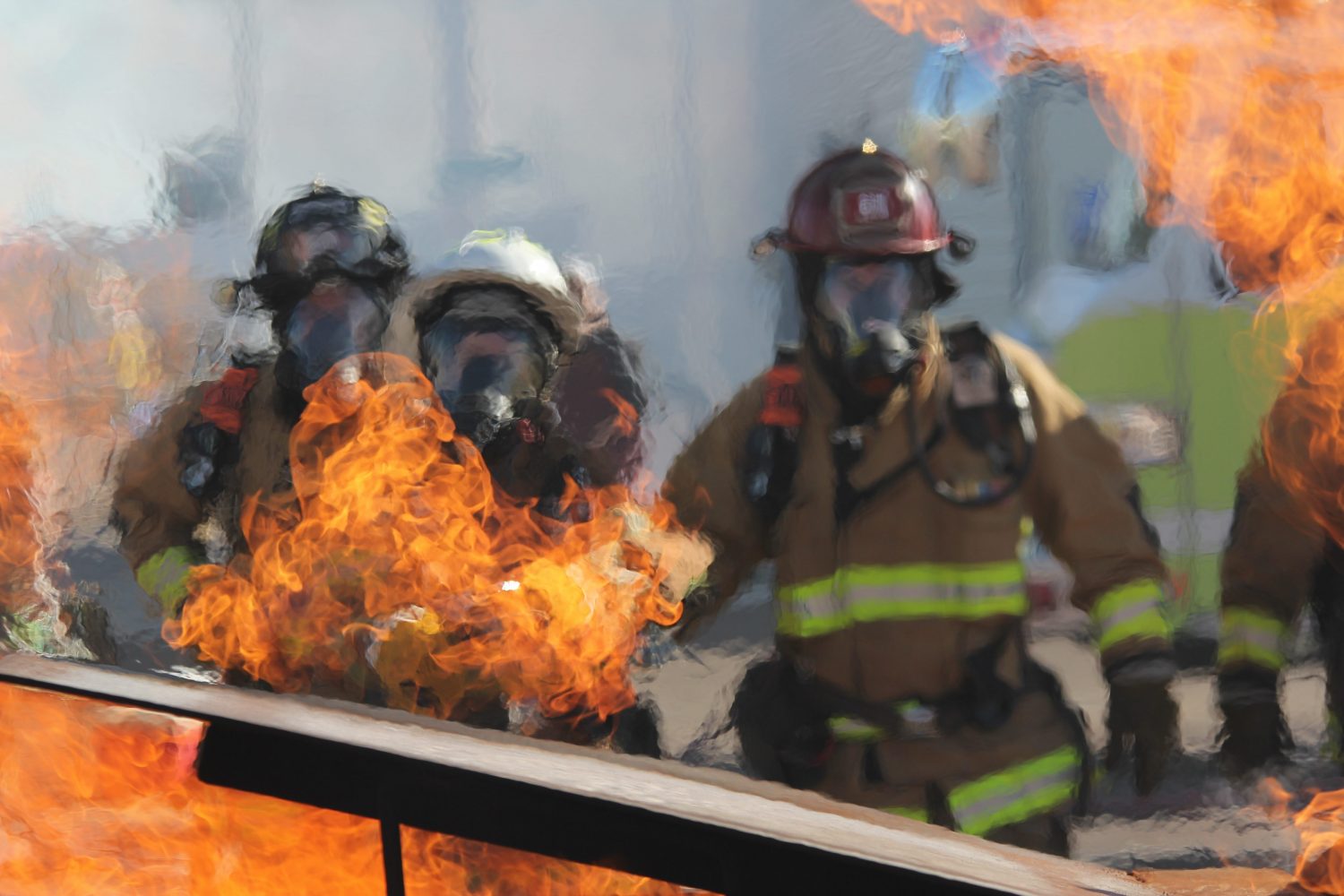 Despite the latest jobs report showing a labour market that may be starting to loosen, markets retracted again this week. The S&P 500 fell by 3.3% while the NASDAQ was down 4.2, with the tech-based composite now down almost 11% over the past three weeks.

In August, the unemployment rate edged up to 3.7% from a pre-pandemic low of 3.5%, indicating that the Fed’s efforts to front-load rate hikes were beginning to take effect. Most notably, average hourly earnings softened, rising 0.3% vs. 0.4% expected.

While the labour market moves were marginal, they represent a step in the right direction. Perhaps the Fed’s actions are beginning to bear fruit.

But let’s not get ahead of ourselves. Labour stats remain high, and the US economy has now added jobs for 20 straight months. The Fed will stay the course until this trend shows a more significant reversal.

Market expectations for a third straight 75 basis point hike from the Fed fell from a 75% to 56% probability following the release of the latest labour data, which is positive news, but we are still a long way off.

The V is Dead

Three weeks of negative market numbers have ensured the positive rally we experienced to mid-August is now but a distant memory.

The assumption that the improving inflation figures we saw in early August would allow the Fed to take their foot off the gas pushed markets higher, but these notions were swiftly put to bed by the Fed, killing the market momentum in the process.

Instead, investors are now gripped by fears of the aggressive policy tightening to come. 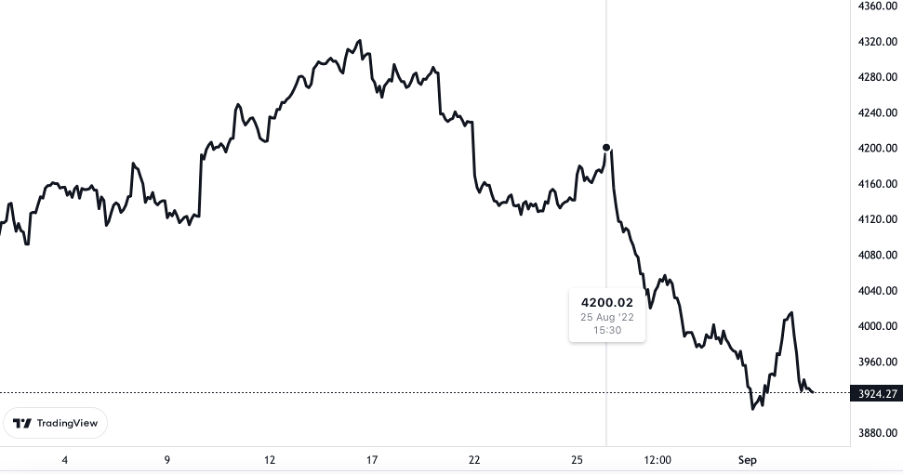 So, where does that leave us?

In short, it leaves us in the most prolonged bear market since the Great Financial Crisis. 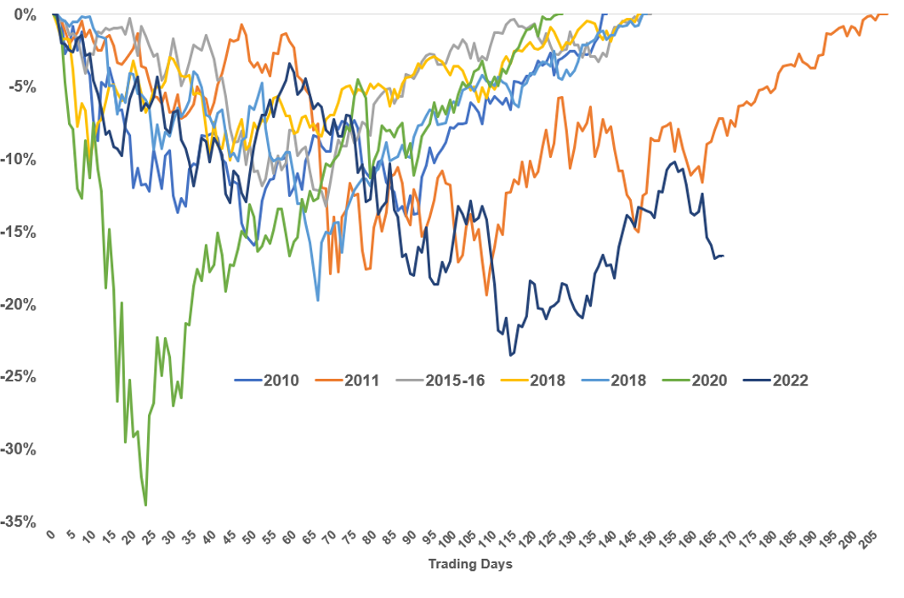 I have spoken about this before, but it bears repeating. The unbridled support that fueled previous recoveries is no more. The rescue team that saved us from the burning building in recent years has now turned against us.

Like some sort of arson-obsessed firefighter, the Fed has turned to the dark side, seeking lower prices, lower valuations and more subdued economic activity in an effort to tame inflation.

As such, the probability of a V-shaped recovery fades dramatically.

Investors got used to spending a lot of time near all-time highs over the last decade, but the landscape is changing.

The Nasdaq 100 has now spent 33 weeks below its 40-week moving average, the longest period on record.

There is no denying the downtrend we are in and waiting around for the cavalry to arrive is no longer a justifiable investment plan.

Slower growth is still growth, but expectations need to be managed.

Markets are never defined as good or bad. They are judged merely as better or worse.

What has already happened holds far less weight than what’s about to happen.

With market conditions worsening, the fact that they are retreating from an unsustainable level of success bears little significance for investors suffering through the pain in real time.

For example, a ~7% drop in property prices would undoubtedly be met with resounding disdain from property owners despite house prices jumping 40% in the past 18.

Before the most recent real estate rally, investors would have bitten your hand off for a 30% increase in their property value in under two years, but you can never view the two in isolation.

Psychologically, the previously unrealized gains have already been locked in. Who wants 30% when 40% was just on the table? The pain of loss has now been anchored to the new highs. Nothing else will do.

More importantly, it’s never how far something has fallen but the uncertainty around how further it could fall that gnaws at the mind of investors.

So, while a reprieve from some of the most supportive market conditions in history may seem reasonable, investors will undoubtedly feel every bit of the pain along the way, regardless of the good times they experience to get here.

The short-term adjustments are never easy, but the long-term trend rewards those willing to take the pain.

Worries continue to mount as investors prepare themselves for the start of a historically unpleasant month for equity markets. But is the softening economic data a short-term, necessary evil or a more precarious long-term issue?

For me, it’s still more likely to be the former. Years of record-breaking figures are now being unwound.

And on and on.

Recency bias has convinced us that this is how it should be, but that’s not the case.

While the recent change in sentiment may feel like the beginning of the end, I view it as a momentary, albeit painful adjustment to more ‘normal’ market conditions.

For now, I expect markets to continue to move sideways in the absence of a significant catalyst. A return to a sustainable bull market is unlikely until we see a stabilization in interest rates. Inflation and labour market figures continue to be the ones to watch.