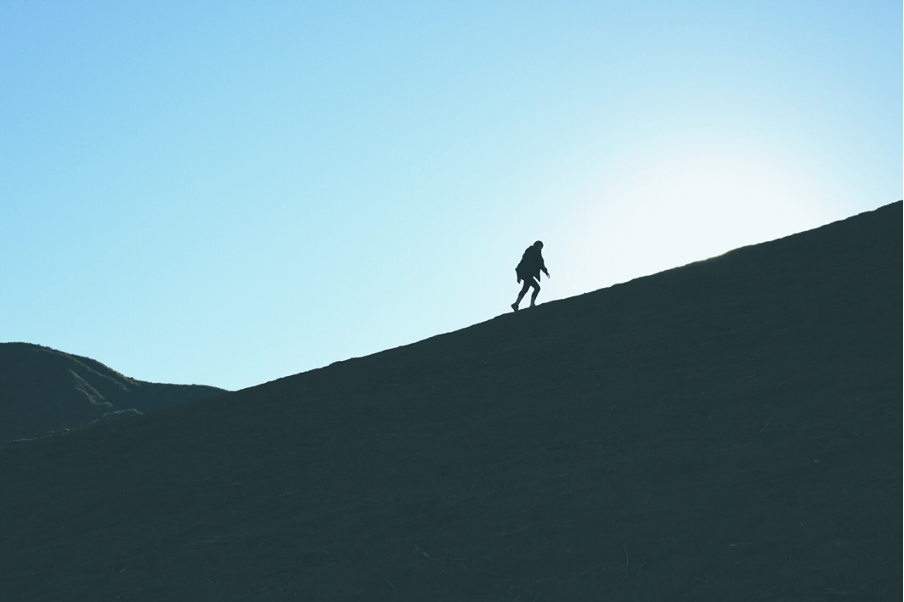 A sea of green on wall street this week as easing inflation figures raised hopes of a soft landing. In this goldilocks scenario, the Fed would be able to increase rates just enough to restrain price increases without causing noticeable damage to the real economy.

However, market exuberance slowed somewhat this week relative to the bullish sentiment of recent weeks. The Dow and S&P 500 finished the week little changed, while the Nasdaq escaped the clutches of a bear market following its 2.2% return. 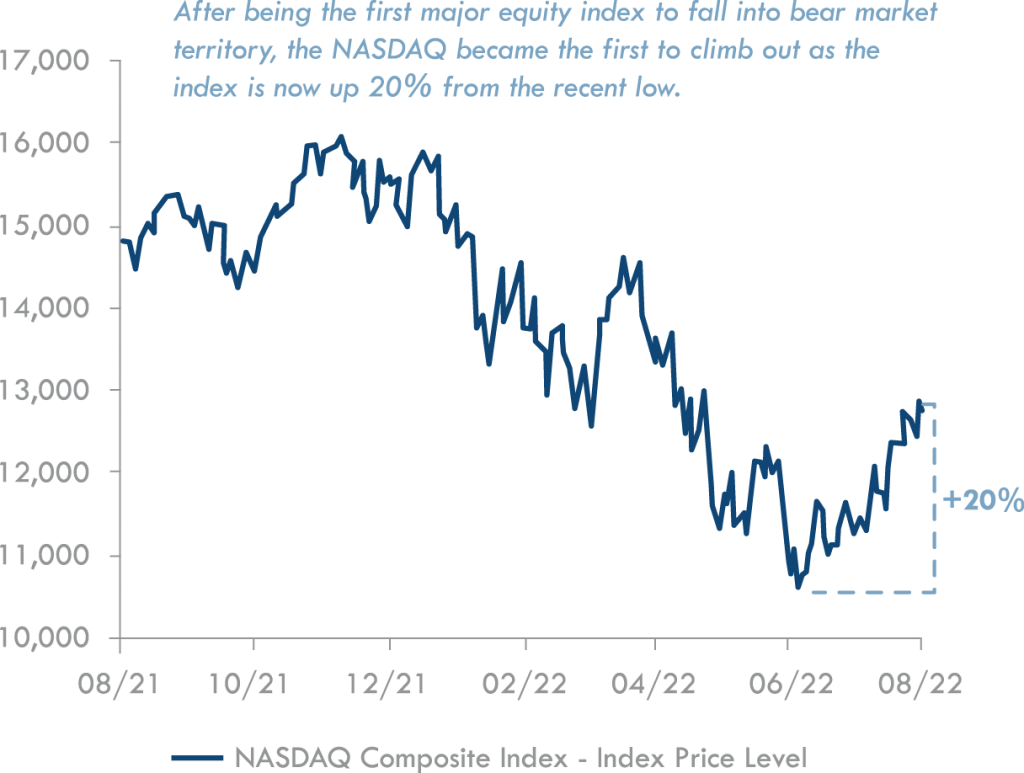 For the S&P 500 and the NASDAQ, it was the fourth positive result in a row. The longest string of weekly gains since November 2021.

The S&P 500 is now up 16% following the mid-June lows, clawing back over half of the recent losses as optimism trickles back into markets.

The beauty of economic data is it can be twisted and manipulated to fit a specific narrative. 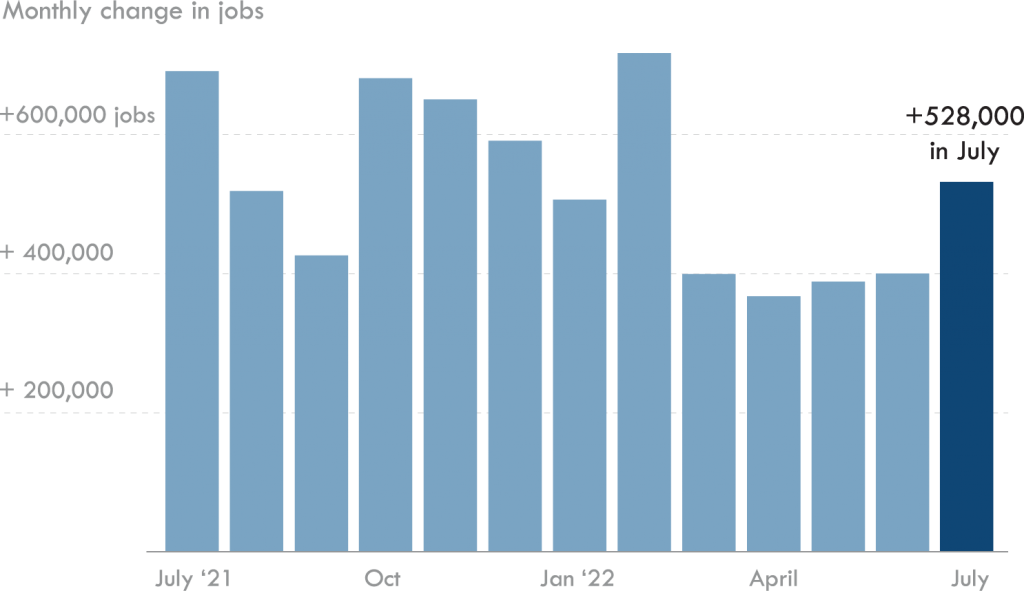 One interpretation could conclude that the strong labour market and the return to pre-pandemic employment levels suggest a robust and resilient economy, easing recessionary pressures.

On the other hand, one could easily argue that labour market strength will force a wage-price spiral and exacerbate the current inflationary problems. In turn, forcing higher interest rates and harsher economic conditions in the future. 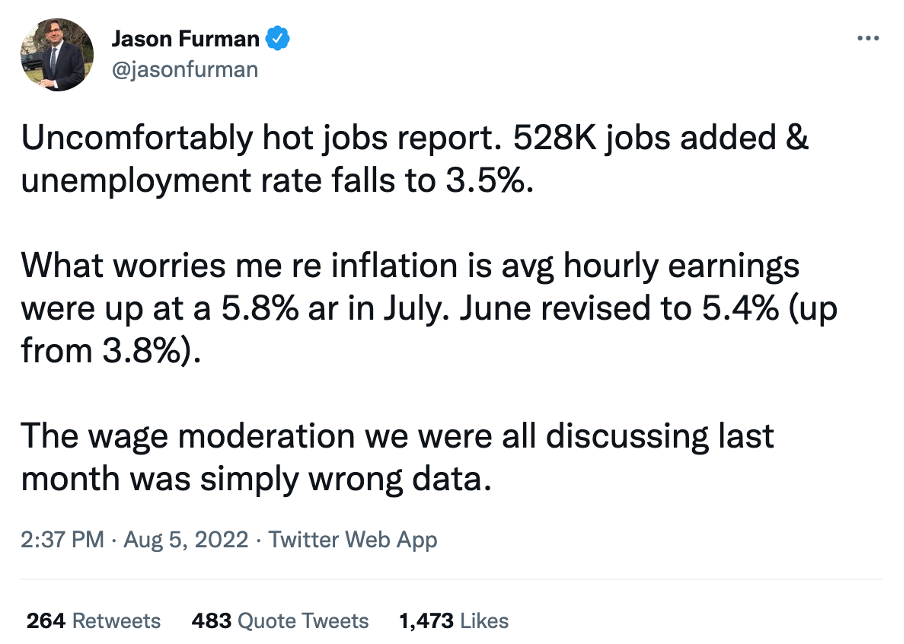 Part of what makes data analysis such a minefield.

This also played out in a more selective manner following this week’s CPI report.

With White House officials proclaiming 0% inflation in July, critics quickly pointed out the White Houses’ use of the more favorable month-over-month figure while the year-over-year figure was 8.5%. 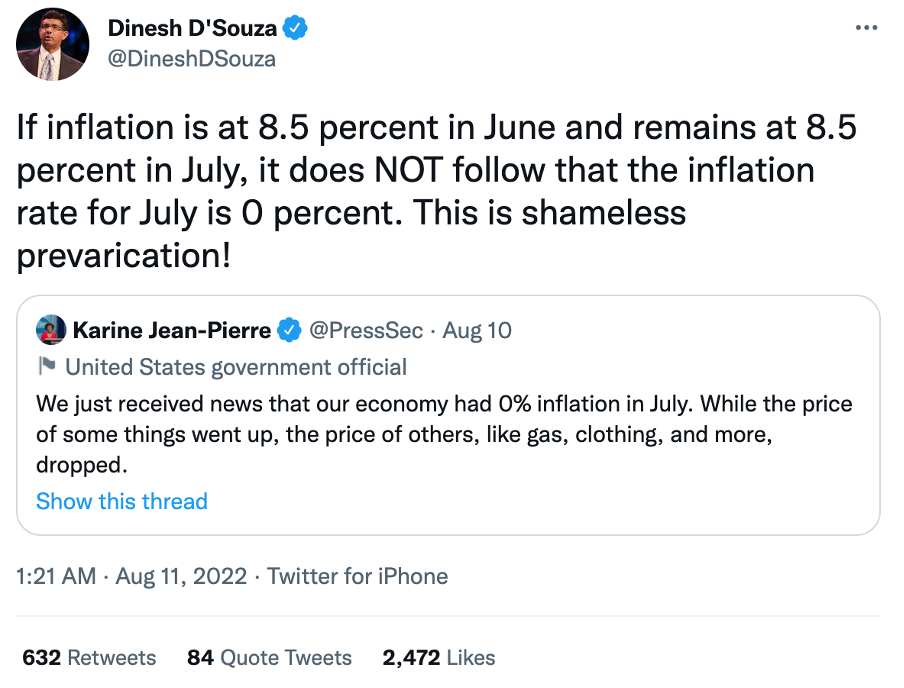 Both figures are technically accurate. But they each lead people to very different conclusions. Each side selecting the data that best facilitate their individual arguments.

Beware of the pseudoscience. Selection bias is everywhere.

In short, It’s easy to get caught up in the numbers, but don’t overweight your convictions towards short-term data trends that can be easily manipulated to fit a specific narrative.

Crucially investors should ignore much of the noise that short-term data creates and focus instead on understanding what data tells us about the long-term themes that drive the markets and the economy over relatively long investment time horizons.

Always focus on the bigger picture.

It’s tough out there right now for investors as stocks continue to swing wildly on a daily basis.

With that said, the VIX has pulled back and slowing U.S inflation has given the FED some room to breathe.

Undoubtedly, the improving inflation outlook is positive, and we believe that improved supply/demand imbalances, accompanied by broadly lower commodity prices since June, should support moderating inflation over the coming months. Still, it’s hard to give the all-clear for markets just yet.

While the probability of a soft landing has increased in recent weeks, the Fed’s tightening cycle will continue unabated until a figure resembling their 2% target is reached.

This will likely lead to further softening of economic data, a trend that will become more prevalent over time.

Price fluctuations are likely to continue, however, future pullbacks should signal buying opportunities, not panic selling.