THE TWINS AND LEONARDO

Well, it’s that time of year again. The kids are almost back to school and their parents need a well-deserved break. Who do they call – their grandparents. So, for the past four weeks, we have had the little darlings, twin boys who will celebrate their sixth birthday in October. Thank goodness for day camp, as we would be far more exhausted than we already are. But enough complaining. We really enjoy spending time with them, watching them grow up, but not too quickly. What we really enjoy is their sense of curiosity, their willingness to try new things, and their endless questioning, as to why this, why that, sometimes or most of the time, we are powerless to answer, so a quick trip to Google allows us to appear a little more informed than we actually are.

Their sense of wonder and accomplishment never ceases to bring a smile to our faces. This year was a first for a lot of new experiences: first time on a fishing boat, first time catching a fish, even though it was a barracuda with very sharp teeth. 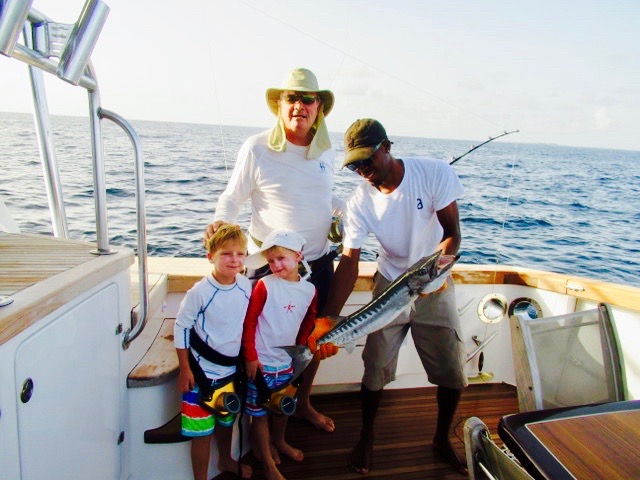 First time feeding the swimming pigs and the stingrays, and playing tug of war with a shark. Their excitement was infectious and they were only too happy to experience new adventures.

What has this to do with Leonardo (da Vinci)? Well, I am almost half way through Walter Isaacson’s biography and, genius that Leonardo was, he never lost his insatiable curiosity, his eagerness to tackle new subjects, his acute power of observation and his willingness to experiment. The book is long, but a very worthwhile read. He would have been delighted to spend the summer with our twin grandsons, as we were.